Giggling Gourmet originally started out as a catering operation in late 1996 fuelled by the constant badgering by friends and relatives for Jenny Morris to supply prepared meals and fill freezers, this in turn led to word of mouth referrals to corporate customers requiring catering services.

As from early 1997 Jenny Morris a.k.a. Giggling Gourmet started professionally. Instead of just supplying a list of menus, all menus are tailored, customised and personalised to our customers needs in terms of venue, budget and type of function.

Amongst the local list of companies and individuals Jenny has catered for some of the world’s most well known celebrities when they have visited Cape Town including: 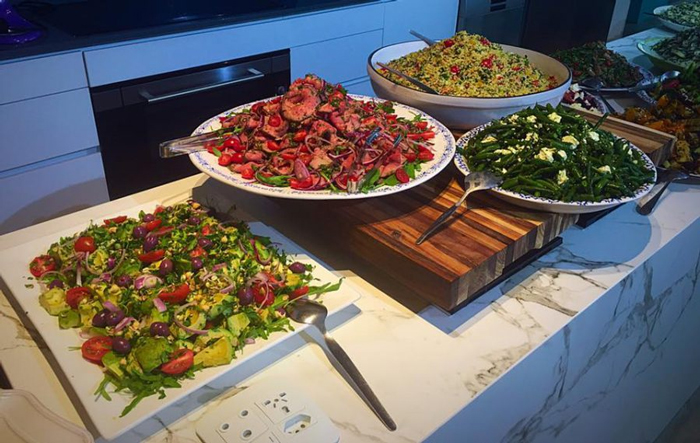