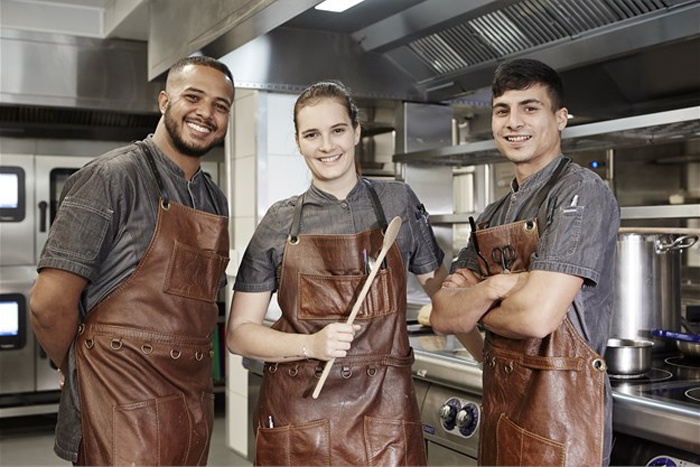 Head Chef Nicole Loubser’s artistry was honed at Jan Hendrik’s one-star Michelin restaurant in Nice and at Salzburg’s two-Michelin-star Ikarus. Loubser maximises her expertise in the farm’s unusually large kitchen. “It’s a lot of fun as it’s bigger than most in terms of space as well as equipment. Gåte is cutting edge because we not only focus on molecular gastronomy, but also on fine dining. We aim to play with the senses of the guest. As such, it’s not just another wine farm but a high-end fine dining venue,” she says.

“We focus on getting local food and expensive items like truffles. We are setting up a greenhouse so we can be sustainable and have hydroponics in the kitchen for our own micro herbs and flowers,” she adds. Gåte’s new menu launches on 1 August 2019.

“We’ve picked 14 countries to embody a taste-driven odyssey, fusing their flavours with South African cuisine,” says Loubser. The 14-course menu may be enjoyed as a seven-course dinner or five-course lunch menu.