REVIEW: SPIGA IS BACK. BUT DOES IT LIVE UP TO THE HYPE? 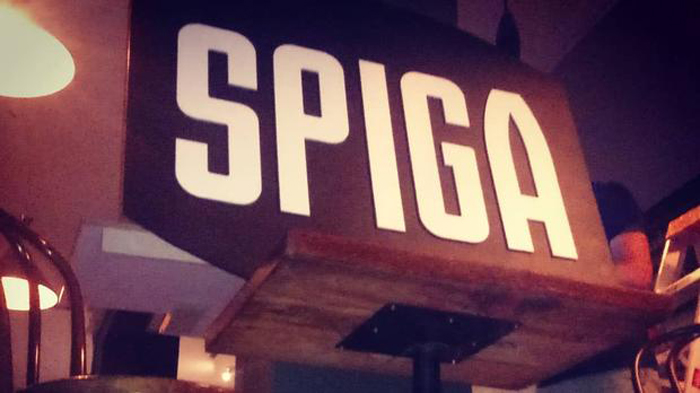 Spiga D’oro has been a fixture in the Durban culinary scene for many years, so when they closed their doors in March 2018, there was an out pour of sadness from loyal patrons.

In the months that followed, pizza and pasta lovers kept their ears to the ground in the hopes of hearing information about the possibility of a new restaurant, but to no avail.

Until, at the end of January when Spiga announced on their Instagram page that they would be re-opening. With this news, I took the first opportunity I could to visit – last Sunday after 1pm, just in time for lunch.

Upon arrival, we (myself and two friends) were greeted with a warm welcome, but told that there would be an hour long wait to be seated. Presently, Spiga only takes walk-in customers and no reservations. So, we added a name and cell phone number to the waiting list and passed time by walking the perimeter of Mitchell Park and stopping for ice-cream on Florida Road.

A little over an hour later, we were seated inside the swarming restaurant. After overhearing delighted customers showering waitrons with praise, I was eager to look at the menu.

Taking in the new and unfamiliar venue, it’s certainly missing some of its old charm. Maybe it’s the freshly painted grey and white walls that are void of much decoration, but there isn’t yet that “lived in” appeal that gives you a sense that this is a place where memories are made. That being said, they’ve started up another graffiti wall, just like the one that featured in their Florida Road eatery, and it’s already amassed a liberal scattering of ‘welcome back’ messages, my favourite being: “There are many impastas, but only one Spiga”. This, combined with the familiar smell of authentic Italian food wafting through the air, brings a sense of homeliness and nostalgia that are both gradually building on the premises.

As for the food, Durbanites will be happy to know that the menu is still the same – so everything you know and love is sure to be there.

For starters, our table shared the Pommodoro Bruschetta (R35). Diced sweet and juicy, tomatoes atop three grilled, crusty slices of bread with garlic, basil, and a little olive oil. The favour and freshness was perfect for a sweltering summer’s day and we quickly polished off every morsel.

I was most excited about trying the Penne Romano (R70) – a reliable and old favourite of mine. It arrived, like all the other dishes to come, piled neatly in the centre of a deep plate. The pasta was perfectly al dente, coated in a rich napoli and cream sauce with a hint of chilli and garlic, finished with a generous dusting of sharp parmesan cheese on top. It tasted just as I remembered – delicious. My only wish was for there to be more mushrooms in the sauce as they greatly add to the overall flavour, which was as a result, lacking something.

We ordered two gnocchi based main courses, the Gnocchi Gorgonzola (R85) and Gnocchi Alla Luca (R75). Both were tossed in velvety sauces that clung to the generous portions of pillowy Italian dumplings. The Alla Luca is a simple blend of napoli, cream and mozzarella. The rich tomato flavour cuts the fattiness of the cream so that it’s not at all overwhelming, however I felt it needed the addition of garlic and chilli to take it to the next level. With every bite, I enjoyed seeing the strands of melted cheese drip from my fork, a reminder of how decadent this dish is. As for the final entrée, the sauce was full-flavoured and strong with slightly more texture than the Alla Luca. Made from only mature gorgonzola and cream, you’ll savour every mouthful, but definitely want to share.

Although we enjoyed our meals, we felt that more could be done to add to the atmosphere of the venue to create a fuller experience. Nevertheless, I feel that we can expect more great things in the future, when the management and staff firmly embed their roots in the new location.

Once the hustle and bustle that comes with the excitement of a newly reopened, and well loved restaurant dulls down, we look forward to coming back to try out more.

Their new location is on 465 Innes Road (next door to Charlies) and operating hours are from 12pm to 10pm, closed on Mondays.