High tea at 54 on Bath is a lavish experience 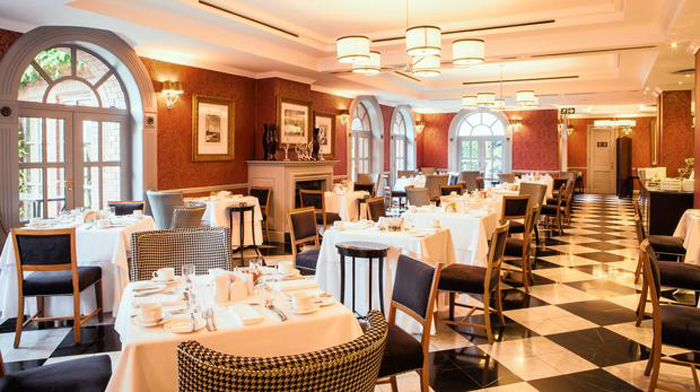 High tea at Level Four on 54 on Bath, Rosebank, Joburg

While the glacial temperatures are steering many of us towards coffee shops and their decadent desserts, high tea is a fitting alternative. A wonderful indulgence in summer or winter, although I prefer it in the latter season.

I recently grabbed a friend to enjoy high tea at Level Four on 54 on Bath, Rosebank, Joburg. Food critics have been raving about it. Despite being half an hour late, we were promptly escorted to a cosy table next to the fireplace at the restaurant.

There were mostly large groups, with couples scattered about, partaking in the high tea. The waiter gave us an overview of what to expect while placing a long stemmed glass of iced tea and amuse-bouche before us.

Next came the tea options. Just a quick side note here: tea used to be a medicinal drink until the Chinese Tang dynasty helped popularise it as a recreational drink, which then caught on in other East Indian countries and Europe.

The menu came with several options: 1837 White Tea, Lung Ching, Jasmine Pearls, Silver Moon, French Earl Grey, 1837 Black Tea and Red of Africa. Each option is accompanied by a brief description. And you can try them all, if you want.

Partial to Earl Grey, I gravitated towards my closest option while my friend, who isn’t a tea drinker, opted for a fruit juice instead.

Spoilt for choice we were, with the savoury to sweet options placed before us. The spread comprised spinach and feta as well as smoked salmon and broccoli quiches.

The treats are brought to you on a three-tier stand. The dessert options – opera cake with gold leaf, orange posset with silver moon foam, white chocolate and raspberry jelly, beetroot and rooibos cake with lemon frosting and a sugar cinnamon doughnut with Earl Grey creme and honey comb – were at the top. I sampled several of them.

My friend and I were sold on the doughnut, though.

Tier two was laden with a mix of savoury and sweet scones. Both were baked to perfection, tasted delicious and boasted that perfect golden crumble.

The bottom section was filled with a mix of sandwiches on fresh crostini. The options were: smoked salmon with horseradish cream, whipped brie and sun-dried tomato as well as roast beef.

To say that we were completely stuffed when we left is an understatement. But we managed to exit as gracefully as we arrived until we got into the car where garments had to be loosened a tad.

Now I understand what all the fuss is about when it comes to having high tea at Level Four. The personalised touch makes guests feel special. The staff are most pleasant.

My only suggestion would be for the waiters to clear the plates more often – I hate eating off a messy plate, especially when trying out different treats.

That said, the high tea here is an ideal way to celebrate a special occasion or to simply bond with family, friends or both!