Indians first came to South Africa in the mid 19th century and due to a shortage of some ingredients, had to improvise and invent their own flavours and techniques. The Indians of South Africa do not cook exactly like Indians in India. South African Indians use unique cooking techniques which differ from the preparation of Indian food in the rest of the world. They cook with richer and more flavoured spices, integrating styles from both Indian and South African cultures.

The local Indian cuisine has very distinctive flavours. Spices are used extensively and the complexity and aromas of these spicy combinations are quite irresistible. The most common spices found in these curries are coriander, cumin, cloves, cinnamon, cardamom, and plenty of chillies. Garlic and ginger are essential to creating the characteristic flavours. Curries are usually served with rice and accompanied by some sort of bread such as naan, roti or poppadom. Other common sides to a curry are sambals, such as tomato and onion or cucumber in soothing plain yoghurt, known as raita. Common curries include Korma, Tikka Masala and Vindaloo.

In India, foods are very regional specific but because the South African Indian people come from a diverse range of communities, a collective fusion of Indian cooking has developed. No dish is more representative of the South African Indian experience than bunny chow, a Durban street-food classic where loaves of bread are scooped out into improvised bowls and filled with whatever curry is on hand.

Whilst Durban is the home to one of the largest populations of Indian descent anywhere in the world, Indian food has become so popular throughout all of South Africa that excellent Indian restaurants can be found in almost every city and town. Check out a few of South Africa’s best Indian restaurants below and treat yourself to an Indian food experience like no other.

Annie’s Ladies Bar will attempt to smash the record for the biggest burger ever made in South Africa on Saturday 27 July.

Annie’s Ladies bar in Stikland, Cape Town will attempt to establish a South African record this weekend by constructing a burger weighing in at over 50 kgs.

Staff at the pub have been preparing for the record attempt all week kneading a boatload of dough to make a burger bun large enough to hold a 50kg beef patty.

The pub already has a 1kg monster burger challenge where customers can demolish a burger made with three 337g beef patties within 25 minutes. The cost is R195 if you are unable to beat the challenge but the burger is free if you can gobble up the monster in the allotted time.

There is no such challenge for the mammoth mound of meat that will be grilled on Saturday but the mood will certainly be a celebratory one.

At Annie’s Ladies bar crafting the 50 kg patty in a specially made pan for the upcoming record attempt. 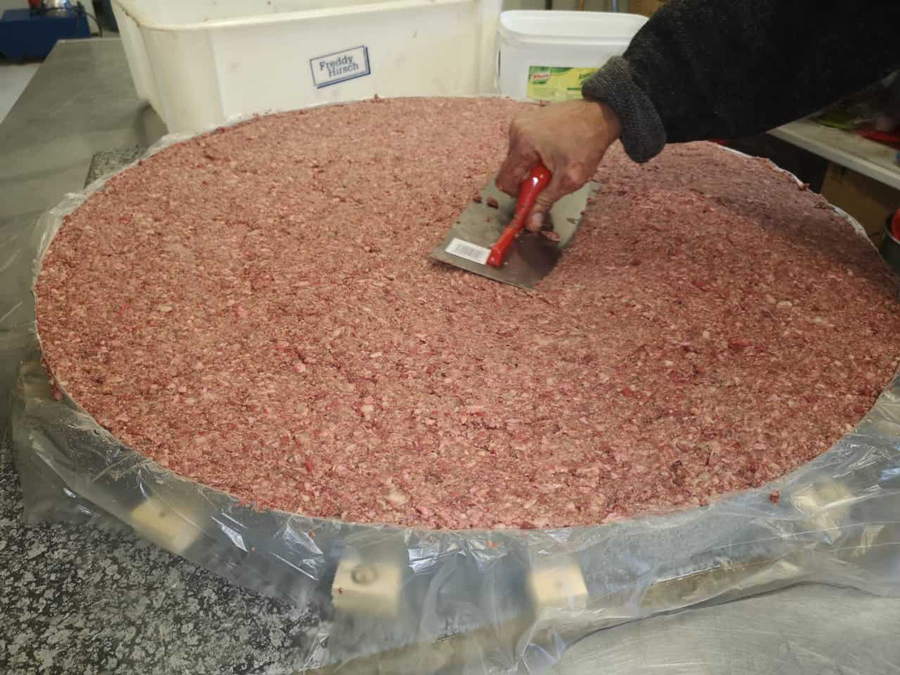 The record attempt has seen Annie’s acquire custom-built cooking equipment to ensure they are able to cook the solid 50 kg burger patty.

The pub opens at 11:30 but the burger making festivities will get underway at around 16:00 on Saturday 27 July as part of birthday celebrations of the eponym, Annie, who turned 60 this week.

This record attempt is something of a warm-up for a proposed bid to enter the Guinness Book of World records later this year.

Another Cape Town eatery made their own attempt to enter the record books earlier this month. The Grillfather restaurant constructed a sandwich that weighed in at over 19kgs for comedian Donovan Goliath.

The Inkwenkwezi Private Game Reserve in East London lay claim to having the largest continuously reproduced burger, which is available on Wednesdays and Sundays when the eatery is open.

A number of other eateries make claims regarding the size of their burgers but they are nearly impossible to verify.

If everything goes to plan the enormous burger made at Annie’s will be comfortably the biggest burger on record as being made in South Africa.

Where is Annie’s Ladies Bar?

Annie’s is located in Unit 4 Golem Park, Willow Road Bellville close to Stikland industrial estate. Directions available here. If you are in the area and unsure of how to get there give them a call on 021 948 7084 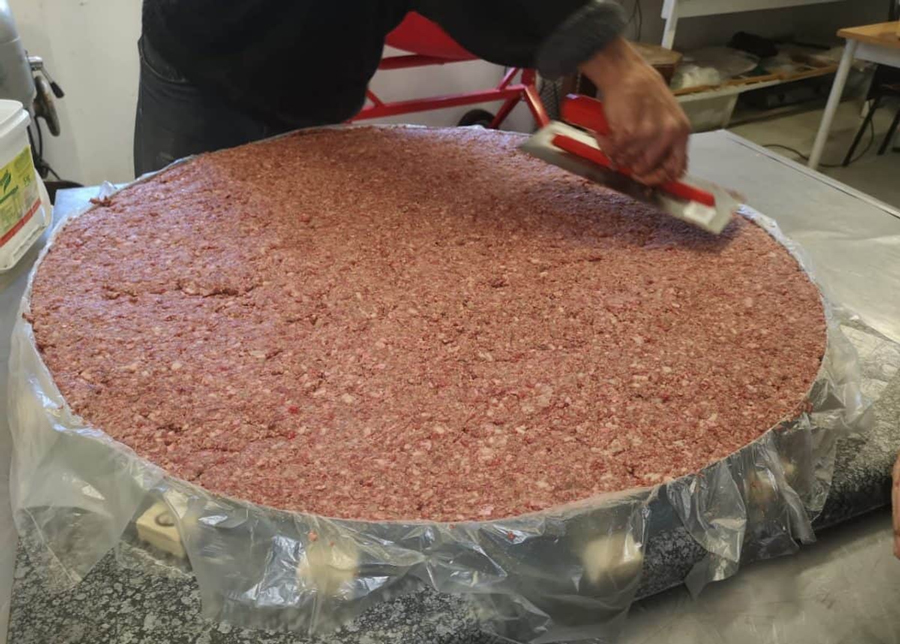 Western Cape police are calling for the public’s assistance in the arrest of a man wanted in connection with a murder at Angelo’s Pizza Place in Blackheath last month.

Police spokesperson Lieutenant Colonel Andre Traut revealed that a man entered the pizza place just after 09:00 on Thursday and found the 25-year-old shop owner in the restaurant.

“While the shop owner, Angelo Nunes, was alone inside the shop, the suspect took out a firearm and fired several shots, fatally wounding him,” said Traut.

“Through video footage, it can be seen how the suspect fled the scene with a second suspect who was waiting for him on a motorbike.”

A murder case was opened by police for further investigation.

Traut revealed that nothing was taken from the store or the deceased. The motorbike, used as a getaway vehicle, was later recovered on the N2 highway near to Nyanga. 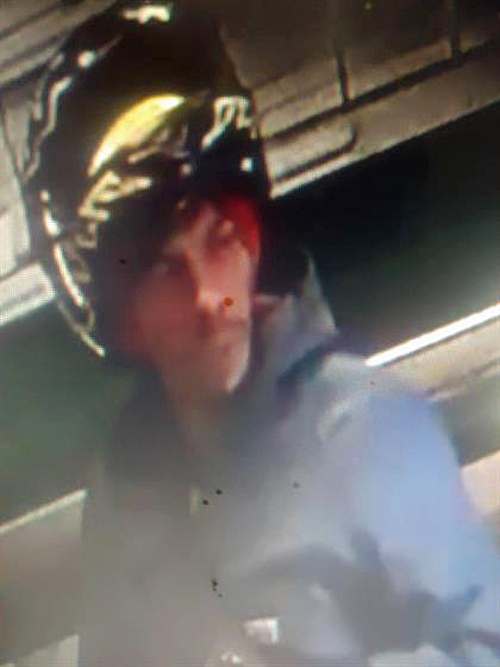 WC Police are asking for assistance in identifying the above suspect

Anyone with information regarding this fatal shooting and the identifying of the suspect can contact the investigating officers, Lieutenant Colonel Michael Thebus on 082 334 7486, or Constable Nkululeko Magqaza on 082 777 6898 at the Mfuleni police station.

Foodies are initially drawn to The Insect Experience in Cape Town out of curiosity but once they taste the grub, they’re sold. Here’s what’s on the menu

The launch of SA’s first dedicated insect-based eatery has diners licking their lips in ant-icipation.

Anyone for a chocolate-dipped silkworm? Before you answer, consider this: insect eating (entomophagy, if you want to be technical) isn’t new. Iflscience.com says more than two billion people around the world regularly eat bugs – and while meat-lovers may argue that snacking on locusts might be something you do as a tourist in southeast Asia, restaurants around the world are starting to dish up goggo-inspired meals…