Africa’s Big 7 opens in just a fortnight in Johannesburg

There’s a real sense of anticipation for visitors to this Africa’s Big 7 2017 with many international exhibitors using the show to introduce brand new products to the continent, while some others have chosen to celebrate their history.

Spirit maker Alexandrion Group Romania has sold more than 120 million litres of alcohol in its 23 years and is launching its range in Africa for the first time at Africa’s Big 7 on June 25-27.

The east European company issued a statement in the run up to the expo: “Africa Big 7 is the major food and beverage trade show in the region and this will be supportive for Alexandrion’s new global strategy to expanding our exports activities in Africa.”

Its team will be bringing vodka, brandy, a variety of dry spirits and a range of liquers alongside the soft drink range it launched last year.

Another exhibitor looking to Africa for growth is JBS, one of the biggest meat producers in the world, responsible for 78,000 staff and also partner of one of the USA’s largest poultry companies.

JBS is part of the Brazilian Pavilion, which brings food producers and retailers AB7 and its co-located retail product sourcing she SAITEX. “AB7 is a good bridge to be closer to the African market,” says Guilherme Elias from JBS.

Also exhibiting is another of Brazil’s giants, Frigorigico Nova Araca (FNA), which processes more than 500,000 chickens a day and serves 30 countries already.

It’s the company’s first move into the South African market saying it’s looking to “generate good partnerships, and sustainable relationships during the show”.

It will show two brands of frozen chicken: Nicolini and Saada. “Africa’s Big 7 is a perfect place to find business opportunities in the Africa market,” says Jane Balbinot from FNA.

Villa Café is a fifth generation family business, which started to expand overseas in 2014 – it has been growing coffee for two centuries and it too arrives in Africa for the first time on June 25.

Bárbara Suarez, from Villa Café will also be at the Brazilian Pavilion offering visitors the opportunity to sample their brand. “We’re looking to meet retail and food service distributors, coffee importers and reps,” she said.

“The African market has been growing a lot on the past few years and Villa Café wants to be a part of it! We believe that this show is the biggest and most reliable food expo in Africa, filled with lots of opportunities.”

Sri Lankan tea will also feature and celebrating 150 years of commercial tea production. Five per cent of all the world’s tea is produced in the country and The Sri Lanka Tea Board, which is responsible for the development and promotion of ‘Ceylon’ Tea, returns to Johannesburg again on June 25.

It promises quality alongside the traditional process saying: “The plucking of tea leaves is done manually, rather than using shears, to make certain that only the unopened leaf bud and two leaves are plucked.”

Pavithri Peiris, Assistance Director-Promotion of the Board, said: “We believe, Africa’s Big 7 is an important trade exhibition in the development of food and beverage and other industries in African region.

“Black tea is still accounting for the largest share in volume of tea sales in South Africa and ‘tea’ remains the first choice in hot beverages for most consumers in South Africa.”

The rebranded AB7, and The Food Forum conference, is co-located with SAITEX 2017 – Africa’s largest retail product sourcing event – and The Hotel Show Africa 2017, one of the world’s most successful hospitality event brands, at The Gallagher Convention Centre, Johannesburg, from June 25 to 27, to make up Retail & Hospitality Week Africa 2017.

You can discover more about the expo and its conference the Food Forum programme at www.africabig7.com and also register for show and conference passes. 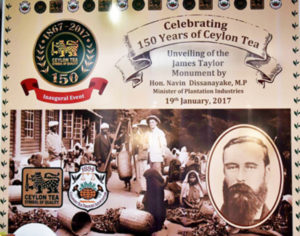 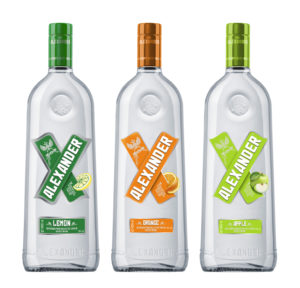 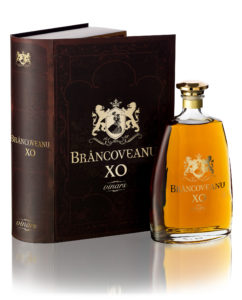